As a restaurant manager, you’ve probably had your fair share of incidents involving a breach of your establishment’s dress code.

From that time when an employee accidentally went home with a name-tag and forgot to bring it the next day, or the time someone turned up at work looking as though they’d worn the same work clothes they had on the previous day, you’ll agree that following the dress code isn’t always easy. Thankfully though, no one said anything about it being impossible!

So we did some research and collected 10 things you can do at your restaurant to get your staff looking catalogue-ready every shift! 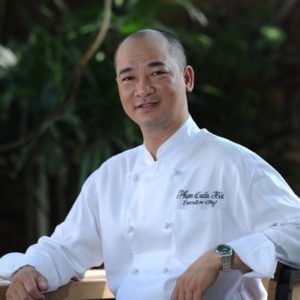 With an Alsco Managed Uniform Rental Service, every chef and kitchen staff member will look and feel professional.

Go with a provider that offers a variety of comfortable, practical uniforms that look the part.

If your staff look good your customers will enjoy being served, and who knows, they may even be inspired to order more?

Be sure to test all uniforms prior to rolling them out to ensure they’re not only neat and appealing but functional, too.

Check the quality and suitability for your staff. They should be able to hold up well in an intense working environment with spillages and burns being a professional hazard.

Just as importantly, ensure that employees can move around and get work done with a degree of ease.

The uniforms you choose as part of the dress code should come in styles that suit your establishment.

Now you see the value of a dependable, reputable uniform supplier, right?

But instead of buying, consider renting your uniforms from a Managed Uniform Rental Service.

That way, there are no more excuses for not adhering to the dress code because their ‘dirty uniform was in the wash’.

We use a sophisticated barcode system to track every single delivery, including locations, last pickup dates, number of washes, and much more.

Factor in the Opinions of Staff

Generally, staff members don’t like having regulations forced upon them.

For this reason, involve them in the decision-making process of defining the dress code you’ll expect them to adhere to.

This works favourably for two reasons. They get to settle on work attire they actually find bearable, and by giving them a voice you make them feel valued.

Employees who value themselves value customers and your business because they are an important part of it.

Put Your Dress Code in Writing

Okay, you’ve probably heard an employee excuse themselves with the words ‘it totally slipped my mind’.

That’s quite understandable if the dress code policy of your establishment isn’t in writing.

By putting the dress code policy down in writing, you minimise the chance of forgetfulness to almost nil.

You could compile the guidelines in a document such as a handbook, or you could pin up the policy in a place/s that see high employee traffic.

It’s hard for something to slip someone’s mind when it’s staring them in the face anytime they’re on a washroom break. 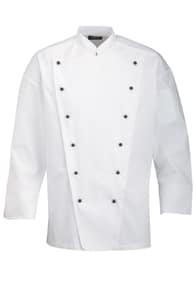 This brings life to the dress code policy, making it more accessible, visible and official compared to just word-of-mouth.

Incorporate it Into the Recruitment Process

A highly effective way of helping staff members adhere to the dress code is by making it a significant part of the recruitment and orientation process.

Familiarise staff members with what will be expected of them should they be hired during interviews, and issue a quiz on the dress code at the end of training to gauge how well it’s sunk in.

Make it a visual exercise using actual physical examples. We are a visual species, after all.

Explain the Value of the Dress Code to Staff

You’ve put it up somewhere where it’s inescapable, and you’ve included it in all material offered during training. Maybe you’re even considering a reward program for employees to motivate them.

But have you made it clear why it’s such a big deal?

Talk employees through the following key points on the significance of a work dress code:

Don’t fight this battle by yourself!

Rather than compelling employees to follow the guidelines give peer influence a try.

When it’s only coming from you, it’s top-down communication but when it comes from different people all around the workplace it’s more democratic.

Encourage employees to respectfully keep one another in check by pointing out when someone fails to comply.

This should be done away from the rest of the team so it comes across as a friendly reminder instead of shaming someone.

It would be a bit unfair and ineffective to expect your staff to do something while you’re not following suit.

It’s become a cliché, but be the change you want to see.

Set the pace and others will find it becomes easier to follow your lead.

On top of having a copy of the dress code in the employee washrooms, see to it that there are mirrors easily accessible to employees.

Preferably expansive ones that allow people to check if everything is in order.

Consider providing an iron and ironing board allowing them to smooth out any wrinkles, although a managed rental service like Alsco would ensure your uniforms are neatly pressed every time.

Create a work culture where it’s routine for staff to check their neatness and presentability before they begin shifts.

During briefings highlight any issues beforehand so that employees start their workday looking and feeling their very best.

At every step along the way, make a point of communicating with employees.

Don’t just focus on when someone hasn’t gotten it right. Give them a congratulatory pat on the back to let them know you’ve taken note of their effort to follow the stipulated dress code.

Whenever any dress code related issues arise, don’t let them blow over.

Take staff members aside and have conversations to resolve the issues as they arise.

If a matter does get out of hand, then refer to the provisions of the dress code policy to confirm the course of action to be taken.

Work with a rental service provider you can rely on to supply you with the workwear that’s needed for a dress code to exist in the first place, all while keeping up with the changing needs of your business.

A Managed Uniform Rental Service can offer you free uniform replacements, on-demand servicing, a barcode system that keeps track of all uniforms so you don’t have to, laundry services plus a great deal more.

And that’s all resource-greedy stuff that you won’t have to do!

All starting from as little as $1 a day. Get in touch with Alsco today for a fast, free quote tailored for your business. 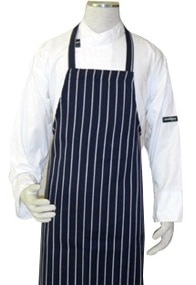